Are you a Qualified Hypnotherapist?

If you are already qualified as a hypnotherapist and wish to advance your skills and are interested in learning more about cognitive-behavioural hypnotherapy (CBH) approaches to patient care, then this is an excellent opportunity to obtain that level of qualification and expand your skills as an evidence based hypnosis clinician. This online training course comprises of video footage of an intensive 5-day cognitive behavioural classroom training, supplemented with comprehensive learning materials. 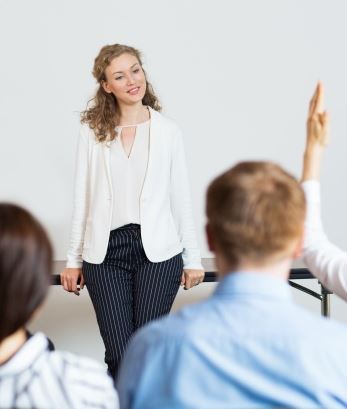 This course is for qualified hypnotherapists who have a diploma in clinical hypnotherapy already. However, we also give students access to additional videos (over 150 hours) of our diploma course in order to ensure there are no gaps in your knowledge prior to starting and to ensure that you have the most stimulating and enjoyable learning experience when you commence studying our CBH course.

This is a strongly evidence based course and incorporates a wide range of studies and research into the syllabus Likewise, we draw from the substantial contributions to the field of cognitive behavioural therapy and hypnotherapy from a wide range of authors.

Here is some of what you will learn:

A Range of Approaches and Uses of CBT Thought Forms

Plus much more which is detailed in the course prospectus.

Your Video Tuition is Also Supplemented
with the Following:

All of the handouts used in class

Scripts for a wide range of standardised interventions.

There is a core, recommended text to invest in and supplement your course notes and you will receive a thorough,
recommended reading list upon successful enrolment for this course. 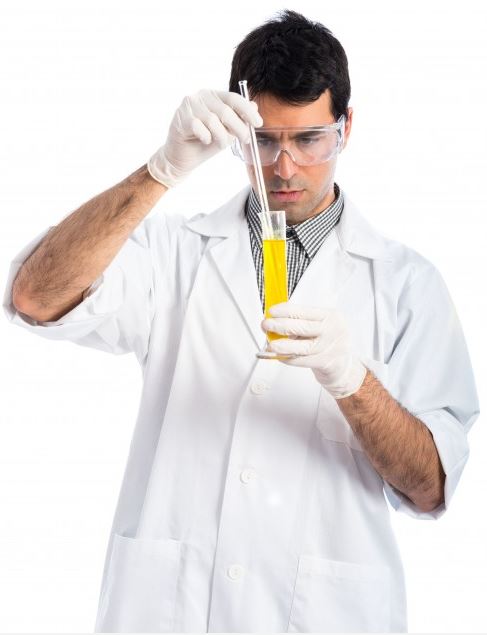 Hypnotherapy has a more impressive evidence base than many hypnotherapists realise.

The field, and the majority of front-line hypnotherapists are still very unaware of the breadth and depth of that evidence base. Many are still using processes and techniques that they have been taught that carry no evidence at all and wondering why they are not getting the most impressive results in therapy Remember, results get you more clients and an impressive reputation – they are at the heart of my own successful professional hypnotherapist career that began in the 1990s.

I realise that some of what I write next is going to result in some of you turning away from this page, perhaps because you were taught by someone who truly believed in the following protocols and processes and in turn you have entrenched yourself in a particular approach that you love….

I know that and found it a very bitter pill to swallow to find out so much of what I was originally taught needed updating.

I wrote a bestselling book with the notion of the subconscious mind at the centre of it – so it was really tough for me to let go of that notion!

Regression and psychodynamic approaches lack evidence and are considered by many academics to be potentially dangerous and unethical, let alone less efficacious than cognitive behavioural approaches.

NLP has virtually no evidence base, yet many of the proven flawed principles at the heart of it are still widely used by those who do not know any better.

Erickson’s model has been shown to lack evidence and has been turned into something which Erickson certainly did not intend. 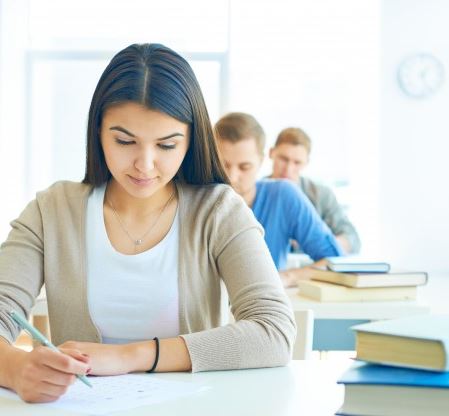 It has academic underpinning which stands up to scrutiny.

It offers you a very responsible and ethical way to treat clients.
The conventional medical professionals will treat you seriously and you’ll stand out over and beyond your provincial professional peers when equipped with this kind of skill set.

This online training programme is ram-packed with information and skills. I mean this is a very intensive course. You get a lot of standardised scripts to employ within your professional practice straight away, but you also learn strategies and protocols that require no script at all. The scripts are given so that you can see exactly how these methodologies were used in research. Read the enclosed prospectus to get a flavour of some of what I include. 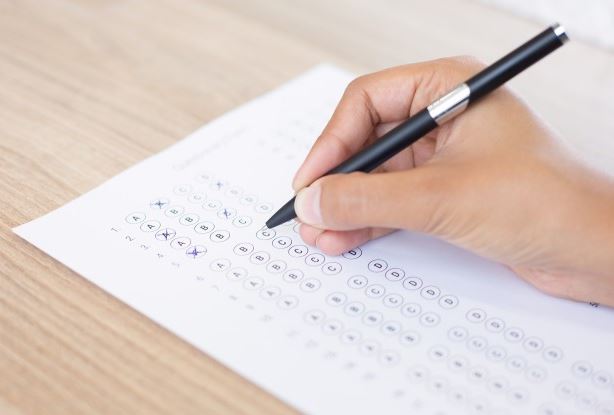 There is a coursework questionnaire as part of the assessment to complete following the video study hours. There is then a requirement for you to submit two written case studies demonstrating the cognitive-behavioural hypnotherapy approach (these can be real or hypothetical). 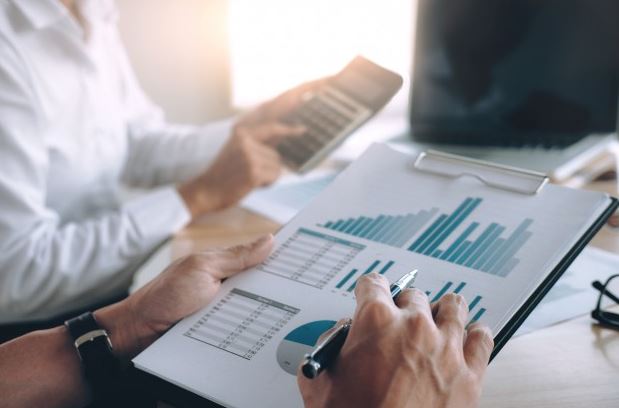 You will be able to call yourself a certified Cognitive Behavioural Hypnotherapist upon successful completion of this course and having submitted the coursework and case studies to the required standards. For a full understanding of the accreditation for this course, please refer to the course prospectus. 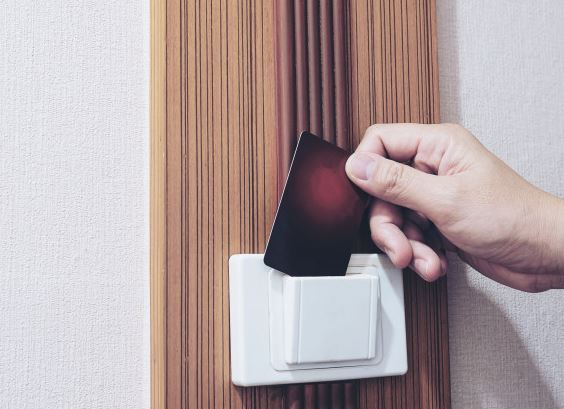 There is a coursework questionnaire as part of the assessment to complete following the video study hours. There is then a requirement for you to submit two written case studies demonstrating the cognitive-behavioural hypnotherapy approach (these can be real or hypothetical).

For full details of course fees, and a full, comprehensive understanding of the course content,
please put your name and email address in the boxes and you’ll immediately be sent that information within the course prospectus by automated email. We look forward to welcoming you to the college.

“I thoroughly enjoyed attending Adam’s Cognitive Behavioural Hypnotherapy Course. The course was very inspiring, it’s content and delivery were excellent. Adam is very ethical and transparent in his approach to instruction. He welcomed all questions from candidates no matter how difficult. Adam answered all queries in a congruent fashion and was able provide relevant and timely evidence for his responses. The course is very grounded, evidence based and offers solid explanations.

Although I am a qualified Hypnotherapist, I still felt that there were gaps in my knowledge and understanding of the subject. The CBH course has gone a long way in filling those gaps and my confidence has expanded accordingly. The course is a mixture of theory and practical work. The practical exercises are explained well and are relevant to genuine client issues. I would highly recommend the CBH course.” Vivienne Evans Dip. Hypnotherapy, professional member of the National Hypnotherapy Society.”
www.hypnohealth.co.uk

“The first thing I want to say is that this is a brilliant course. I can see why a prerequisite is being a qualified hypnotherapist, as a reasonable level of technique regarding inductions and deepeners was assumed, and it was in fact lovely to see people from such a wide variety of previous trainings all working together with their own hypnotic skills and styles! Adam presented a robust and coherent model of how hypnosis worked both in itself and within/from a cognitive behavioural approach – which was far from merely putting hypnosis and CBT in the same sentence – it was in fact taking hypnosis back to its roots and building it back up with a firmly evidence based framework.

I spontaneously found myself applying the thought disputation questioning methods to my own anxious thoughts and feelings as I watched the coach for my return journey drive past without stopping to pick me up! All in all a splendid course that equipped me with a far deeper understanding of how to work with hypnotherapy for the benefit of my clients and that immerses the students in the hypnotic mindset. Thank you, Adam!” Richard Ingate, hypnotherapist, coach.

“I found Adam’s course (CBH) inspiring and well thought out. Adam is very well read and knowledgeable in the subject and far exceeded my expectations He walks the talk and therefore is a good model as a teacher; he communicated in a way that was approachable and understandable, without any un-needed jargon, while at the same time maintaining a very high standard of teaching. As a result of the course I found a renewed enthusiasm in reading and learning as well as applying the material to real case studies.

I found the course to be helpful at a practical level in allowing me to find an underpinning rationale to my practice as well as allowing me to personally overcome blocks in my own personal development, thereby giving me further proof of the efficacy of the treatments. The course will require a student to read and study well in order to become fully proficient as a cognitive behavioural hypnotherapist and introduces the delegates to the best texts and sources of information for further reading and learning.

I fully recommend Adam’s courses. He is a true professional as well as someone enjoyable and fun to talk to.” Elisa Di Napoli BAHonsComp.Rel. Grad.DipMus, Adv.Dip.Hypnotherapy by Hypnotherapy Institute of Northern California,HPD by National Hypnotherapy Council, Accredited by NCH UK and member of CNHC. Holistic Clinical Hypnotherapist.